A straight sword, azure as antediluvian song, and as keen as the oaths of freedom taken in the Land of Wind. 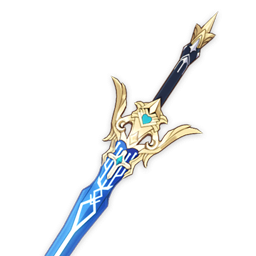