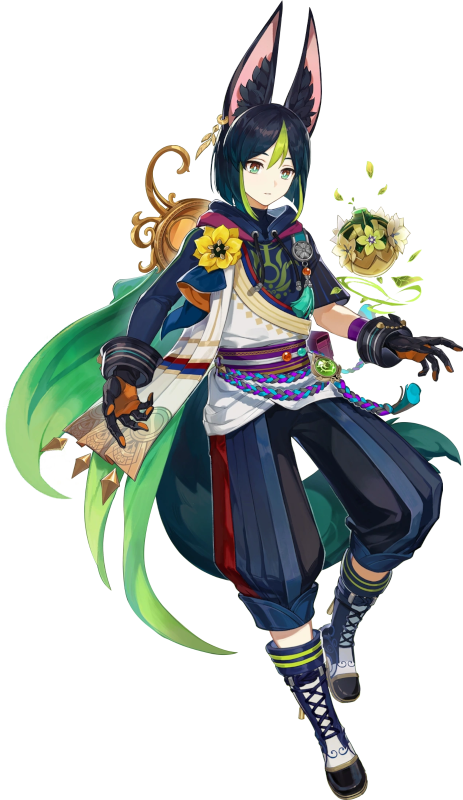 A young researcher well-versed in botany who currently serves as a Forest Watcher in Avidya Forest. He is a straight shooter with a warm heart — and a dab hand at guiding even the dullest of pupils. 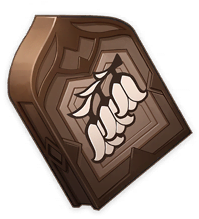 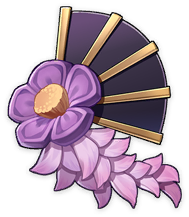 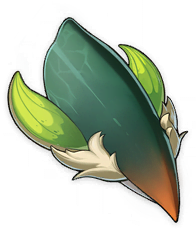 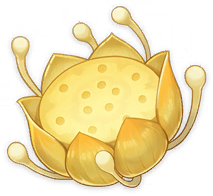 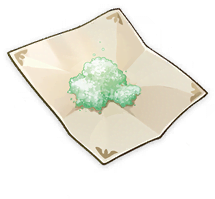 Tighnari's standard build revolves around him doing his Elemental Skill, Three Clusterbloom Arrows, an Elemental Burst, and promptly swapping out to another character. Regarding Weapon Choices: Elegy for the End: This weapon is better than Hunter's Path if Tighnari needs more than 160 Energy Recharge to cast his burst. However, it falls off significantly if another character in the team holds Elegy for the End Amos Bow: This option ranks lower due to Tighnari not needing as much ATK%, as well as not stacking the passive well Slingshot: Significantly worse when fighting from a long range Prototype Crescent: At refinement 5, this weapon is better than Slingshot Stringless: At refinement 5, this weapon is equal to Slingshot Regarding Artifact Sets: Deepwood Memories (4): This is by far Tighnari's best set if no one else on the team is using it

Tighnari should only do a rotation of E 3CA Q while on field, as it is impractical to do charged shots that are not boosted by his E 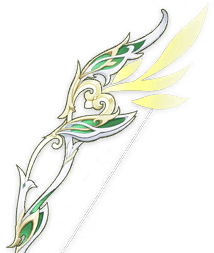 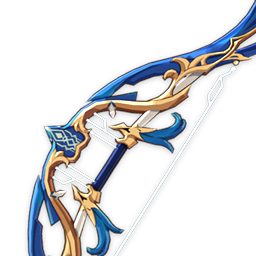 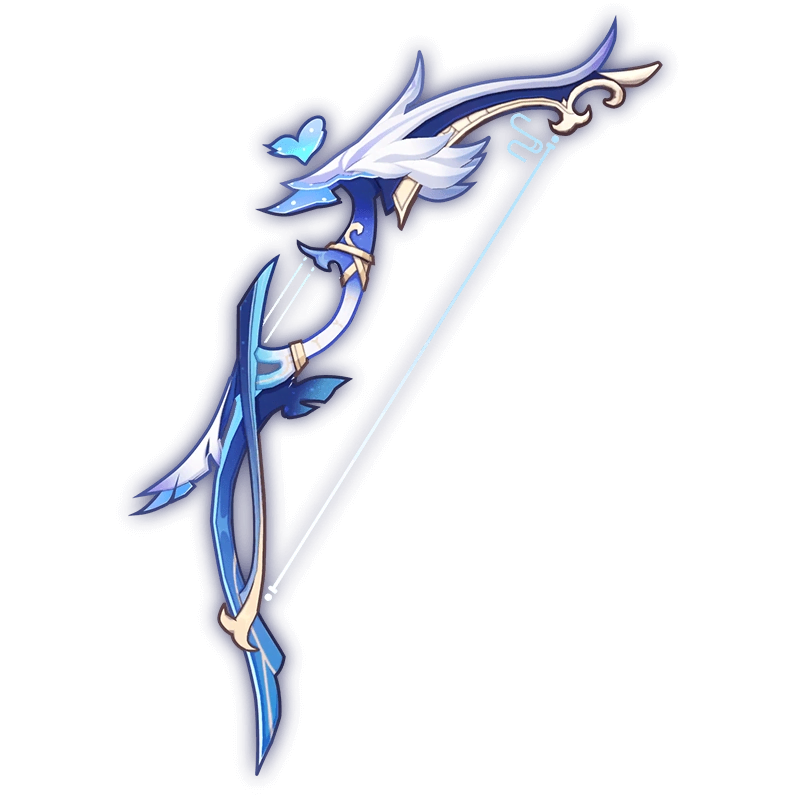 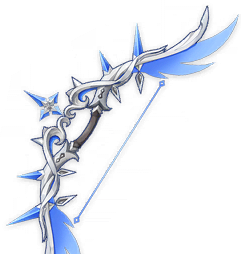 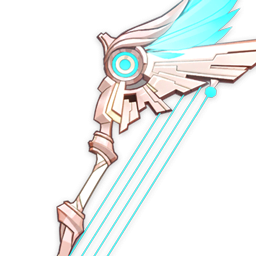 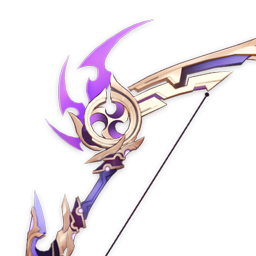 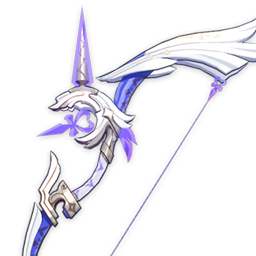 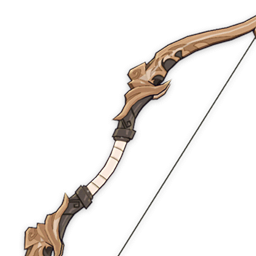 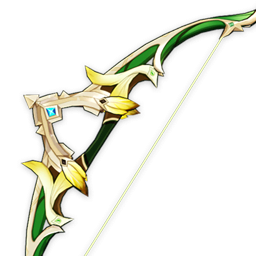 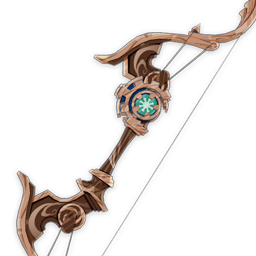 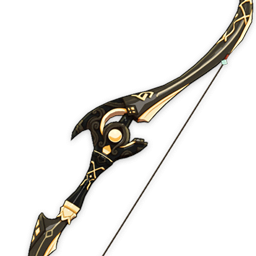 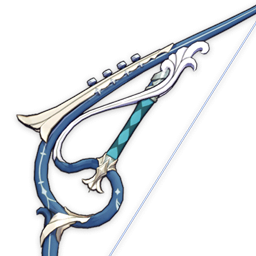 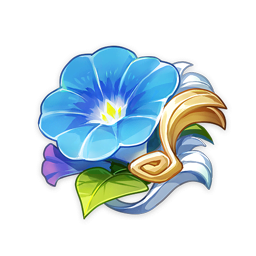 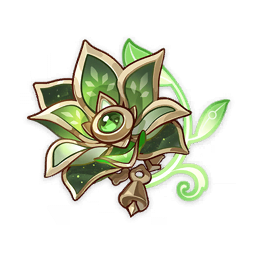 Charged Attack
Perform a more precise Aimed Shot with increased DMG.
While aiming, the power of Dendro will accumulate on the arrowhead before the arrow is fired. Has different effects based on how long the energy has been charged:
- Charge Level 1: Fires off an arrow carrying the power of flora that deals Dendro DMG.
- Charge Level 2: Fires off a Wreath Arrow that deals Dendro DMG. Upon hit, the Wreath Arrow will create 4 Clusterbloom Arrows that will track nearby opponents automatically and deal Dendro DMG.

Tighnari throws a Vijnana Stormheart ahead that deals AoE Dendro DMG, creating a Vijnana-Khanda Field that creates mysterious illusions that taunt opponents and draw their fire.
Additionally, Tighnari gains the Vijnana Suffusion effect, which will decrease the Wreath Arrow's charging time by 2.4s. This effect will dissipate once the skill duration ends or after Tighnari has fired 3 Wreath Arrows.

"Do not seek to escape so easily. The vines grow and regrow ever on. Things might get dicey if you don't clear every last one of them out."

After Tighnari fires a Wreath Arrow, his Elemental Mastery is increased by 50 for 4s.

For every point of Elemental Mastery Tighnari possesses, his Charged Attack and Fashioner's Tanglevine Shaft DMG are increased by 0.06%.
The maximum DMG Bonus obtainable this way is 60%.

Displays the location of nearby resources unique to Sumeru on the mini-map.

Beginnings Determined at the Roots

Origins Known From the Stem

When there are opponents within the Vijnana-Khanda Field created by Vijnana-Phala Mine, Tighnari gains 20% Dendro DMG Bonus.
The effect will last up to 6s if the field's duration ends or if it no longer has opponents within it.

Fortunes Read Amongst the Branches

Increases the Level of Fashioner's Tanglevine Shaft by 3.
Maximum upgrade level is 15.

Withering Glimpsed in the Leaves

Comprehension Amidst the Flowers

Increases the Level of Vijnana-Phala Mine by 3.
Maximum upgrade level is 15.

Karma Adjudged From the Leaden Fruit

Wreath Arrow's charging time is decreased by 0.9s, and will produce 1 additional Clusterbloom Arrow upon hit. This arrow deals 150% of Tighnari's ATK as DMG.