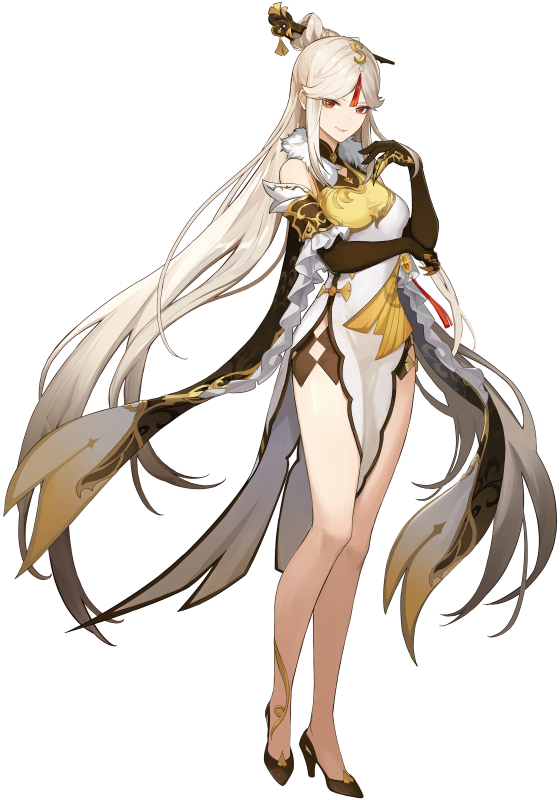 The Tianquan of the Liyue Qixing. Her wealth is unsurpassed in all of Teyvat. 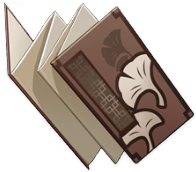 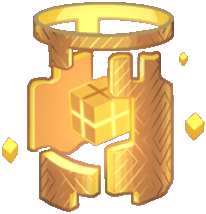 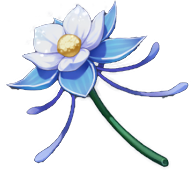 Charged Attack
Consumes a certain amount of stamina to fire off a giant gem that deals Geo DMG.
If Ningguang has any Star Jades, unleashing a Charged Attack will cause the Star Jades to be fired at the enemy as well, dealing additional DMG.

Plunging Attack
Gathering the might of Geo, Ningguang plunges towards the ground from mid-air, damaging all opponents in her path. Deals AoE Geo DMG upon impact with the ground.

Jade Screen is considered a Geo Construct and can be used to block certain attacks, but cannot be climbed. Only one Jade Screen may exist at any one time.

The canvas of stars is written upon this jade screen.

Gathering a great number of gems, Ningguang scatters them all at once, sending homing projectiles at her opponents that deal massive Geo DMG.
If Starshatter is cast when a Jade Screen is nearby, the Jade Screen will fire additional gem projectiles at the same time.

When Ningguang is in possession of Star Jades, her Charged Attack does not consume Stamina.

A character that passes through the Jade Screen will gain a 12% Geo DMG Bonus for 10s.

When a Normal Attack hits, it deals AoE DMG.

When Jade Screen is shattered, its CD will reset.
Can occur once every 6s.

Majesty be the Array of Stars

Increases the Level of Starshatter by 3.
Maximum upgrade level is 15.

Exquisite be the Jade, Outshining All Beneath

Invincible be the Jade Screen

Increases the Level of Jade Screen by 3.
Maximum upgrade level is 15.

Grandeur be the Seven Stars