A young exorcist from a family of exorcists. He does everything he can to suppress his abundance of yang energy. 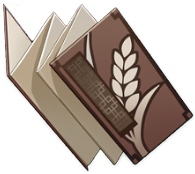 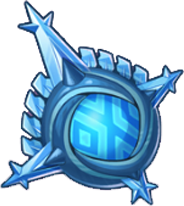 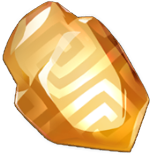 Chongyun strikes the ground with his greatsword, causing a Cryo explosion in a circular AoE in front of him that deals Cryo DMG.
After a short delay, the cold air created by the Cryo explosion will coalesce into a Chonghua Frost Field, within which all Sword, Claymore and Polearm-wielding characters' weapons will be infused with Cryo.

"A crystal-clear ring, and all is silent. The rivers move not, and the clouds are heavy with frost. The altar gates open, and evil is banished."

Performing the secret hand seals, Chongyun summons 3 giant spirit blades in mid-air that fall to the earth one by one after a short delay, exploding as they hit the ground.
When the spirit blades explode, they will deal AoE Cryo DMG and launch opponents.

"As ice doth give the biting frost birth, My transcendent blade shakes heaven and earth. Heed my summons and come hence!"

Sword, Claymore, or Polearm-wielding characters within the field created by Spirit Blade: Chonghua's Layered Frost have their Normal ATK SPD increased by 8%.

When dispatched on an expedition in Liyue, time consumed is reduced by 25%.

The last attack of Chongyun's Normal Attack combo releases 3 ice blades. Each blade deals 50% of Chongyun's ATK as Cryo DMG to all opponents in its path.

Elemental Skills and Elemental Bursts cast within the Frost Field created by Spirit Blade: Chonghua's Layered Frost have their CD time decreased by 15%.

Increases the Level of Spirit Blade: Cloud-parting Star by 3.
Maximum upgrade level is 15.

Chongyun regenerates 1 Energy every time he hits an opponent affected by Cryo.
This effect can only occur once every 2s.