A longsword used by the Wolf Knight. Originally just a heavy sheet of iron given to the knight by a blacksmith from the city, it became endowed with legendary power owing to his friendship with the wolves. 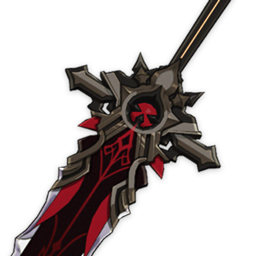