An ancient greatsword discovered in the Blackcliff Forge. It swings with such an immense force that one feels it could cut straight through reality itself. 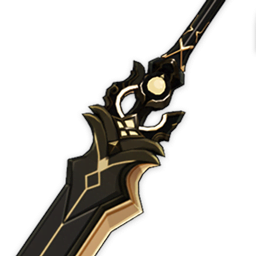