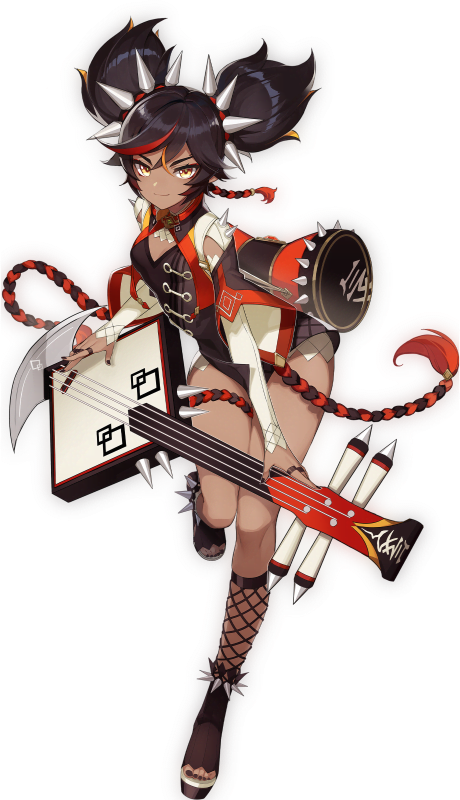 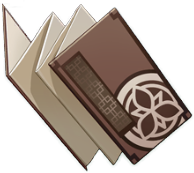 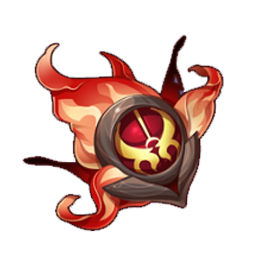 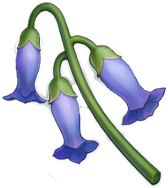 The shield has the following special properties:
- When unleashed, it infuses Xinyan with Pyro.
- It has 250% DMG Absorption effectiveness against Pyro DMG.

Xinyan insists that these pyrotechnics are the apex of performative art, and that they are physical phenomena that have nothing to do with her Vision.

Strumming rapidly, Xinyan launches nearby opponents and deals Physical DMG to them, hyping up the crowd.
The sheer intensity of the atmosphere will cause explosions that deal Pyro DMG to nearby opponents.

Xinyan used to end all her performances with this move. She didn't stop because it was dangerous, however, but because she didn't have a more epic finale in case someone shouted "Encore!"

"The Show Goes On, Even Without An Audience..."

When a Perfect Cooking is achieved on a DEF-boosting dish, Xinyan has a 12% chance to obtain double the product.

Upon scoring a CRIT Hit, increases ATK SPD of Xinyan's Normal and Charged Attacks by 12% for 5s.
Can only occur once every 5s.

Riff Revolution's Physical DMG has its CRIT Rate increased by 100%, and will form a shield at Shield Level 3: Rave when cast.

Increases the Level of Sweeping Fervor by 3.
Maximum upgrade level is 15.

Screamin' for an Encore

Increases the Level of Riff Revolution by 3.
Maximum upgrade level is 15.

Rockin' in a Flaming World